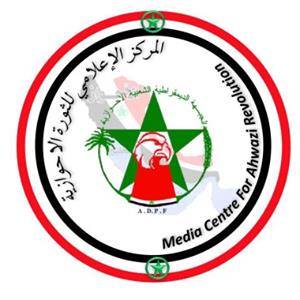 April 1925,  the independent land and state of Alahwaz that was  ruled by Shaik Khazal, over the sudden attach and army invasion of Persian chauvinistic monarchy regime occupied and subjugated. Later, through the implementation of the demonic acts of terror  and massacre against Ahwazi Arab nation by Persian armed forces thousands of  Ahwazi People were  arrested, tortured, and killed;  and many other forced to leave their homeland or exiled.

Persian invaders throughout sever military control of land and decimation of Ahwazi people,  on one hand; and the manipulation and ban of language, history, literature, and every other national belongings, on the other hand;  decided to destroy and collapse  the Ahwazi Arab national heresies towards constant and complete assimilation and decay of  Alahwaz.

Today, relatively 87 years is passed since that darkened,  troubled, and terrified date that  also was equal to the commence of the Ahwazi Arab Nation’s decisive and multidirectional fight  and  withstanding  against Iranian Persian chauvinistic aggressors. 87 years of fight that over the unified social and political work and actions of Ahwazi Arab  political organizations such as Ahwazi Democratic Popular Front (ADPF), and Ahwazi Arab Nation’s Political Organization (AANPO), have to lead to the complete self determination, independent, and publicly and culturally achieved victory of Alahwaz in far future before the completion of 100 years imprisonment of Alahwaz, on April 2025 (less than 13 years remains!).

We are the members of  “Front of Nations for Self -Determination (Iran)”  that since 2005, has the ultimate and alternative political commitment for the strongest foundation of political leadership of five nations or  minorities of  Ahwazi Arab, South Azerbaijan, South Turkmenistan, Baluchistan, and Kurdistan, in and around  unified front of nations for self-determination,  and independence from so called regime of Iran.

FNFSD ‘s recent congress of December 15. 2011 in London ( nearly four month ago), is    embarked on solidarity with constant struggle of  five Non-Persian nations, and after discussions about the appointed geopolitical and sociopolitical matters and problems,  simultaneously distinguished the value of the  internal efforts of minorities of Iran against so called Islamic republic of Iran for basic human rights, freedom and democracy; and also the impact of international community and NATO countries in  connection to  support minorities of Iran, and have decided about the FNFSD ‘s further leading programs and plan of actions as below (as indicated by FNFSD ‘s Information communication committee):

1. FNFSD will continue to deliver more political discussions regarding to the right of self-determination of nations against Iranian invasive policies as the key point to unify and organize minorities towards their national prosperity and to monitor concentrated work of unified and organized nations against Iranian regime through various political, human rights press releases, conferences, congresses, and social actions inside or outside of Iran.

FNFSD is ready to perform political dialogue and discussions with non -member parties and organizations to increase the progress  of unified national, political work of Iranian minorities against present chauvinist regime of Iran.

2. FNFSD strongly condemn the implementation of the acts of terror by Iran, and also its reactionary, invasive, and  expansion policy against neighbouring countries. FNFSD aims and believes to enhance friendship, and peaceful coexistence among nations especially with  Arab Gulf countries, Azerbaijan, Turkey, Turkmenistan, and also Afghanistan and Pakistan, based on international laws and regulations

3. FNFSD,  accepts  and respects  UN resolutions, Universal declaration of Human Rights and other international laws, and strongly condemn all reactionary and invasive policies of  chauvinistic regime of Iran for obtaining  nuclear bomb . FNFSD strongly believes that reactionary and terrorist regime of Iran must be stopped and refused of obtaining atomic bomb, and  is ready to corporate with international community towards complete deprivation of Iranian regime of nuclear bomb and assist to to cease its existence.

The United Nations Charter, in its particular Articles 1 and 55,  notably stressed  that  “the right to self‐determination”is for all the peoples of the world, without exception. FNFSD,  believes that  according to the resolution of 33 session of UN General Assembly, 63 plenary meeting of 29 November 1978,  that  concluded  17 points official statement concern  to “Welcoming the  Independence of Solomon Islands (located near to Australia), and indicates as the following:

2. (UN) “Reaffirms the legitimacy of the struggle of peoples for independence, territorial integrity, national unity and liberation from colonial and foreign domination and foreign occupation by all available means, particularly armed struggle”

FNFSD, declares that the matter of national unity and territorial integrity of nations, conclude and emphasis  the certain right of , Ahwazi Arabs, numbered 7 to 8 million,  South Azerbaijani Turks,  numbered  25 to 30 million, South Turkmens,  numbered  3 million,  Baluches, numbered 4 millions, Kurds, numbered around 3- 4  million, as an integral part of the same people all around the world for their independence from colonial and foreign occupation. A. Charyar South Turkmenistan National Unity Front South Turkmenistan Human Rights Centre in Canada