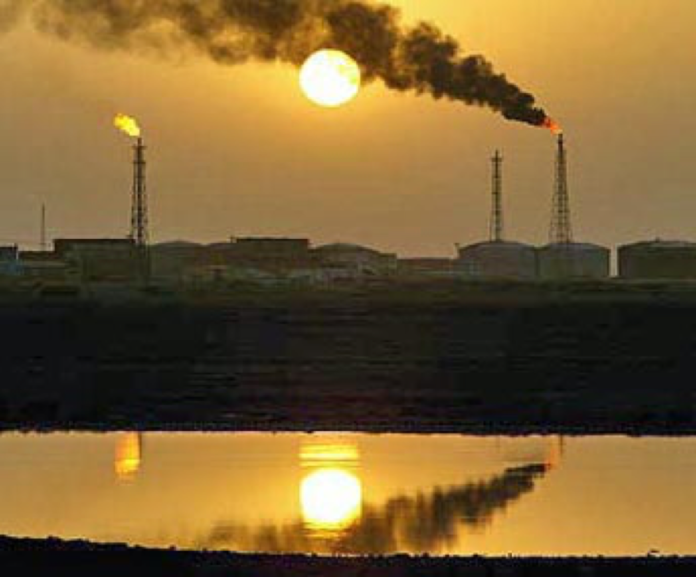 What disasters Iran did in Al-Ahwaz region with the active contribution of China during the past years, which brought disastrous results on the people of Al-Ahwaz very many, and left types of diseases such as cancers and pulmonary diseases, increased deaths, high level of unemployment, and tightening security and restrictions on people in all Life facilities, droughts, floods, intentional starvation and marginalisation. Since the beginnings of the end of the Iran-Iraq war in 1988, there have been many trips between Tehran and Beijing, and when there has been talk about the possibilities of Al-Ahwaz province hosting Chinese companies, the issue has caused a stir in the economic mafia linked to the Iranian intelligence and Revolutionary Guards.
And when the events between Iran and the West evolved as a result of the disclosure of Iran’s secret military nuclear project and the obligation of Tehran to meet the delegates of Security Council members and Germany, shuttles took place for political and economic delegations and are still between local officials in the Al-Ahwaz region and various regions in China, which led to a contract between the “Kayson Company” The Chinese company and the newly established “Metro Company” in Al-Ahwaz, and that was in 2006 and according to the contract, the Kayson Company was supposed to finish the subway project in Al-Ahwaz, which valued billions of dollars in money within five years only, but the project was not completed until present day Result enter the economic mafia project itself, blocking the project by the Persian nationalists in various influential national security circles of the Iranian and other government departments. The Iranians and China also agree to develop the oil refinery in Abadan under the supervision of Sinopec Enternchenal, according to the Iranian oil news agency Sana. The official IRNA site published a signed by the “Nuranco Chinese” and “Iran’s” activist “activist in the oil sector, However, the contract for 6 million US dollars for investment in the Western oil fields of the Karon River were sentenced to three fields; Yadavaran, Azadegan & Yaran. Both officials of the Steel Industry Company at Al Ahwaz and Ji Dong, meet in a meeting between the officials of the parties in Oman, on China imports part of its steel needs from the steel factory in Ahwaz. The Persian agency quoted a meeting in the presence of Chinese and Iranian chiefs and economic assistance to Ahwaz Seyed Ali Bahrini provider and was agreed to allow China companies in the work of electricity, water and drainage, the train and construction of dams. Announced During the meeting, China has invested $ 15 billion in Iran and gained $ 120 billion and on this basis that investment will be continued in the province of Ahwaz by China. In 2018, it was agreed between the Chinese company, Sipco, and the Water and Electricity Organisation in Al-Ahwaz that the water network will be developed in the cities of Izeh, Baghmalek, Meydaoud, Ramez, Sidon and Ghaletol in the northeast of Ahwaz through a contract worth 270 million euros, according to Mehr News Agency. The administration of the Free Commercial Zone in Al-Mahmra and Abadan also agreed With a Chinese company with regard to the extraction of “Clastin” Of the mines of Ahwaz and exported to China and other countries, according to Mehr news agency. Iranian newspaper Kayhan wrote in 2014 that the Chinese workers who work on an oil exploration project in the Great Hor area
They have not mercy on everything that exists in the meadow. And matters have reached the point that every animal in the marshes is on the verge of extinction As a result of feeding Chinese workers of reptiles, fish and amphibians. The name China did not appear on the list of colonial countries, but rather China itself was a victim of Japanese colonialism But today, in light of globalisation and economic competition between countries, China entered this list, and Chinese companies have become colonial armies, and Chinese workers are their true soldiers in implementing colonial plans and projects without mercy. Chinese companies are participating in the implementation of the policies of the Iranian Revolutionary Guard, which is in the category of ethnic cleansing against Ahwazis. The directors of these companies did not hide the racist policies, but rather asked job seekers to fill in special forms containing a clear question about the race and religion of the job applicant. In the event that the Chinese employee knows that the applicant is of Arab descent or from the Sunnis, he will withdraw the papers. And what Al-Ahwazi cities and villages witness from a wave of fierce immigration and the escape of educated and uneducated Al-Ahwazi youth from the hell imposed by Iran with the support of Chinese colonial companies in Al-Ahwaz is a crime against humanity and is considered one of the natural and inevitable results of such racist policies drawn up by Tehran and implemented by Beijing against our Arab people Al-Ahwaz.